Fronteras: 'If the book banners are coming back, we gotta school them again' — Librotraficantes book smuggling caravan returns on their 10th anniversary

Two years after the Arizona legislature banned ethnics studies in public schools in 2010, the Tucson Unified School District eliminated Mexican American studies from their curriculum. The ban was called racist and unconstitutional — an opinion upheld by a federal court when it overturned that law in 2017.

That law sparked a movement.

In 2012, members of the Latino writers’ group Nuestra Palabra, Latino Writers Having their Say organized a caravan to smuggle books that had been banned from the curriculum back to the students. They called themselves Librotraficantes, book smugglers.

THIS IS A 🧵 about the #LibrotraficanteCaravan -

TODAY marks 10 years that 25+ #Librotraficantes came together to support the students and teachers of AZ assaulted by racist AZ policy BANNING #EthnicStudies and books written by #BIPOC authors.https://t.co/spCW7j0rwM

Ten years later, conservative lawmakers are targeting books they consider objectionable — especially in the wake of controversy over so-called critical race theory. This time, the targets are LGBTQ+ writers of color.

Diaz said there are parallels between the two situations.

“What's different this time around is that these different policies to ban books have spread to many states. But the effects are the same,” said Diaz. “They're trying to intimidate teachers, educators, and they're trying to get books out of the hands of our youth.”

The Librotraficantes are launching their next chapter with a caravan to Austin on April 29 to confront Lt. Gov. Dan Patrick about his threat to remove tenure from professors who teach critical race theory at publicly-funded universities. 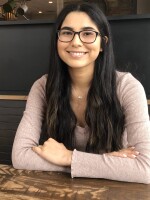