Meet the Texas runner about to finish her 1,000th marathon

For many runners, completing a marathon is the pinnacle of their running lives – something to do once … and most likely never again.

At Saturday’s Irving Marathon, though, Dallas runner Angela Tortorice will try to accomplish something even elite runners would never consider: completing her 1,000th marathon. Ahead of the race, she talks about what it takes to get to such a lofty number .

... how she felt about marathon running after completing her first

"Well, I think the mindset of a lot of people is, I'll never do this again, because you're just so exhausted and just ready to get it over. I mean, a lot of people hit the wall at mile 18 or 20, and have to pull themselves back together just to get to the finish line. And sometimes that's just not physical. It can be emotional. But yes, definitely. After the very first one, I thought never again."

Well, it definitely wasn't early on, and I wouldn't even say it was during the time frame I was getting my record. (Tortorice holds the world record for most marathons completed by a woman runner in a year with 129.) I really just was trying to run races and have a good time. And pretty soon the numbers just started growing. And after I hit 500, I thought, well, my next goal is six hundred and then 700. And you know just slowly when I got to around 800, 850, I realized I had a shot at this. So that's when I started putting more races together and deciding where and when this could happen.

... why she can run so many races when traditional running wisdom says runners should attempt no more than two in a year.

If you're running really fast, and you're running a lot of distance, that's going to put a lot of wear and tear on your body. So I would agree with that number for people that are really, really pushing their limits each time that they're running a marathon. We're just out there having a great time, we're kind of back-of-the-packers, and it's more about the camaraderie and the friendships we're making along the way versus just going out and trying to PR every time you hit the road.

Just really to keep running and to keep finding great races to go to. I don't specifically have another goal, number-wise, but I do just want to keep running and spending time with other people, getting to know people and traveling around the country and potentially the world. 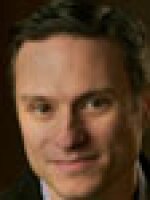 Stephen Becker
Stephen Becker produces the shows Thinkand Anything You Ever Wanted to Know. For five years, as part of the Art&Seek team, Stephen produced radio and digital stories, along with the podcast "The Big Screen," with Chris Vognar, movie critic of The Dallas Morning News. His 2011 story about the history of eight-track tapes was featured nationally on NPR’s All Things Considered. Before coming to KERA, Stephen was the film and television editor at The Dallas Morning News. In 2008, he participated in the Moving Image Institute in Film Criticism and Feature Writing at the Museum of the Moving Image in New York City.
See stories by Stephen Becker
Latest News