Panelists: Harley Eagle, Cecila Menjivar, Doris Marie Provine, and David Doerfler. It was moderated by Carolyn Turner. The Panel Discussion is a culmination of all the views and issues presented at the symposium, which focused on the U.S. criminal justice system and, in particular, racism, the "drug war",  immigration, and the concept of restorative justice.

David is formerly an ordained Lutheran (ELCA) parish and campus pastor, college football coach, and prison guard. He created a treatment/after-care process in the Texas prison system for sex offenders and their victims. He began and directed the Victim Offender Mediation/Dialogue program for the Texas Department of Criminal Justice, Victim Services Division ‹ the nation¹s first in-system, victim-centered process in severe violence. Today David provides training/ consulting services and therapeutic opportunities for healing and justice, and he resides in Austin, Texas.

Menjivar is co-editor of Latinas/os in the United States: Changing the Face of America Associate Professor of Sociology at Arizona State University

Dr. Menjivar has been studying the effects of legal, social and economic exclusion on different spheres of social life among immigrants, such as social networks, family, gender relations, religious participation and transnational ties, focusing primarily on Central American immigrants in the United States. She also is examining the militarization of the U.S. border and its effects for the immigrants who cross it (or perish in attempts to do so). Dr. Menjivar's research regarding Latin America focuses on Central America and the effects of structural adjustments on daily life, as seen through the lens of gender. She is also interested in issues of state terror in the region, highlighting the political aspect of world systemic relations.
Harley Eagle 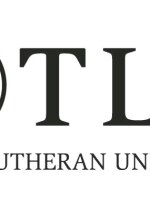