Two county judges in the Rio Grande Valley issued declarations of disaster this week in response to the increasingly severe water shortage and ongoing drought in the region.

Judge Richard F. Cortez signed a local state of disaster on Thursday. It explained that Hidalgo County “has suffered exceptional drought conditions that pose a threat of imminent disaster.”

The declaration by Cortez, which expires in seven days but is expected to be extended by the Hidalgo Commissioners Court on Tuesday, said this status for the county “paves the way for local jurisdictions to be reimbursed by state and federal agencies for costs associated with the drought, such as the need to truck in water.”

On Aug. 5, Gov. Greg Abbott declared or renewed the disaster status of multiple counties in Texas, including several downstream from Falcon International Reservoir such as Zapata, Starr, and Cameron, but failed to include Hidalgo.

“While Hidalgo County has no statutory control of any of the area’s water,” Cortez said, “the declaration also publicizes the critical need for Hidalgo County residents to conserve water.”

“State resources to cope with this disaster are now available,” Treviño said.

Today I signed a local state of disaster declaration related to the regional drought. The declaration says that Hidalgo County “has suffered exceptional drought conditions that pose a threat of imminent disaster.”

It’s effective immediately but only remains in effect for 7 days. pic.twitter.com/oSrjg8CG4s

Multiple municipalities throughout the region have already put mandatory stage 2 and 3 water restrictions in place. Stage 4 is the most severe level of restrictions.

While each jurisdiction manages their own restrictions, stage 4 can include measures such as putting a hold on water usage for any construction projects across the municipality – as is the case with stage 4 specifications for the Brownsville Public Utilities Board in Cameron County.

Edcouch in Hidalgo County is another of more than a dozen communities that may face such restrictions soon.

The city held an emergency meeting this week to approve a water conservation plan, following its irrigation district’s warning about water scarcity.

“It was explained to us that we're at a critical state,” said Ernesto Rosales, Edcouch’s city engineer. “There's basically no water, and we could expect shutdowns from a day up to three days.”

“Shutdowns,” for now, would mean no new water getting pushed into city treatment plants in the region as they are left to carefully manage the water already in their system.

Anthony Stambough, Rio Grande Watermaster with the Texas Commission on Environmental Quality, is tasked with the work of overseeing how surface water in the region is distributed. While some experts have said that water may begin to be rationed, Stambough explained that municipalities will now get first priority.

“Surface water in Texas is owned by the state. So the state is going to grant the right to use the water to different folks,” Stambough said. “This includes farmers, ranchers, cities, industries, and businesses.”

Stambough explained that while the “first in time, first in right” rule under Texas water law would normally give priority to sectors like agriculture and energy, that would not be applied in the border region during a drought.

“This is true except for the water rights that are on the Middle Rio Grande and the Lower Rio Grande,” he said. “In times of drought, priority is actually given to municipal accounts.”

Falcon Lake in Zapata County is the only surface water source that connects all border communities downstream to running water from the Rio Grande – including Roma, Rio Grande City, McAllen and Brownsville.

Falcon International Reservoir, which is fed by Falcon Lake, was at only 9.4% capacity on Friday. The Texas Water Development Board reported the reservoir has dropped almost 5% from a capacity of 14% in the last 30 days.

As the summer heat rages on, the State of Texas continues to experience record high temperatures with little to no rainfall. @HidalgoCoOEM kindly asks for your assistance by limiting water consumption during this prolonged drought. #waterconservation pic.twitter.com/ycSuzsCdVT

The U.S. International Boundary and Water Commission (IBWC) told Border Report this week during a survey of Falcon Lake that a 30-foot-deep mass of mud had built up where the river flows into Falcon Lake as a result of the extremely depleted water level.

The Commission reported that the little remaining water loses 3 inches of depth every day due to the current high temperatures. IBWC is currently seeking permission from the U.S. Army Corps of Engineers to begin “dredging” the lake – or excavating in order to remove or reshape material in a way that will make it easier to continue extracting water.

At the state level, Abbott authorized the use of “all available resources of state government” for those counties under a disaster declaration due to drought, and he conditionally suspended relevant statutes in order to deal with the current emergency.

“I authorize the use of all available resources reasonably necessary to cope with this disaster,” Abbott said in a statement. “Any regulatory statute that would in any way hinder necessary action in coping with this disaster shall be suspended upon written approval of the Office of the Governor.”

Abbott also authorized the suspension of any statute “regarding contracting or procurement” that could impede managing the drought by local jurisdictions without the need for state approval.

Jude A. Benavides, a hydrology research scientist and member on the board of the Southmost Regional Water Authority, said that the Rio Grande Watershed is one of the most naturally water-challenged in the world.

“The biggest thing is we have to acknowledge that we are not a region that is blessed with a long term steady, reliable source of water,” he added, “and to pretend that (we are) is problematic.”

Carolina Cuellar contributed to this report.

TPR was founded by and is supported by our community. If you value our commitment to the highest standards of responsible journalism and are able to do so, please consider making your gift of support today.
Tags
Border & Immigration droughtWaterRio Grande ValleyZapata CountyHidalgo CountyStarr CountyCameron CountyTop Stories 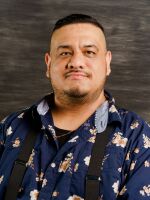