Over the years of listening to the San Antonio International Piano Competition, I've noticed that nerves play an important part. Just enough, and a performance can be charged with excitement, too much, and disaster awaits.

With the competitors narrowed from 11 to eight, the stakes are higher, and that could help the judges separate the best as the competition continues.

On this Sunday's program of The Piano, music that stretches the limits of the instrument and a player's imagination. The preliminary rounds were limited to music from the Baroque and Romantic eras, but now in the semifinals, the focus is on music from the Classical and Modern, or 20th century time span.

The ethereal music of Claude Debussy starts off the program with two preludes from 1910. First is a tone-poem recreating the myth of the town of Y's off the coast of France; It is said that one can sometimes see the sunken city early in the morning when the ocean is calm and the spire of the cathedral emerges from the waters. The second prelude is recognition of the growing influence of American art with Debussy's Minstrels. Here American ragtime music joins the 19th century minstrel show.

Next is the culmination of a career. Isaac Albeniz was child prodigy and could have spent his time playing other peoples music, but it was composition that made this pianist a composer.

Albeniz's work wasn't original at first and he wrote reams of salon music that isn't well known, but near the end of his life he made a sonic break though with his four books of music entitled Iberia.

Here he joined a number of influences such as Spanish rhythms and drama, guitar effects and textures and the chromatic, shimmering quality of Moorish quarter-tone music; with that Spain had, for the first time, a National music. From Iberia an exploration of the gypsy quarter in Granada with El Albaicin.

The last piece on the program cannot be followed by anything played on a piano, so it comes last. Beethoven's mighty Hammerklavier Sonata was called a sphinx by Hector Berlioz and the performance we hear won the best performance of a Classical work at last year's SAIPC. Be prepared for a very persuasive telling of Beethoven's biggest and maybe greatest work for piano.

Hear it all on The Piano this Sunday afternoon at 5 on KPAC and KTXI. 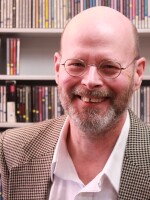