'The Interview,' The Hack, And The Movie Studio Dealing With The Fallout

Let's catch up on a story that's been unfolding over the past two weeks here in Los Angeles and beyond to Washington, D.C. and North Korea. A couple of weeks ago, the movie studio Sony Pictures Entertainment was hacked. pretty much ever since massive amounts of data have been posted online containing the home addresses of employees, Social Security numbers, salaries. Five Sony movies were also posted, including the Brad Pitt movie "Fury" and the yet-to-be-released remake of "Annie," a huge blow to the studio. Much is still unknown about this story, but to talk about what we do know, we're joined by Kim Masters. She's editor-at-large for The Hollywood Reporter. Good morning.

MONTAGNE: For those who have not been following this story, let's start at the beginning with a film that might, and I want to emphasize might, have triggered this hack attack.

MASTERS: Yeah. This is a movie from Seth Rogen and James Franco. Seth Rogen, as you know, he's a comedian very - often very raunchy, and it's called "The Interview." And the premise is that he and James Franco are journalists invited to do an interview in North Korea, and the CIA recruits them to assassinate North Korean leader Kim Jung Un.

(SOUNDBITE OF FILM, "THE INTERVIEW")

LIZZY CAPLAN: (As Agent Lacey) You two are going to be in a room alone with Kim.

JAMES FRANCO: (As Dave Skylark) We got the interview.

CAPLAN: (As Agent Lacey) The CIA would love it if you could take him out.

ROGEN: (As Aaron Rapaport) You want us to assassinate the leader of North Korea?

FRANCO: (As Dave Skylark) What?

MONTAGNE: OK. A funny movie, but North Korea is not amused. Back in June, their state-run news agency issued a statement about it.

MASTERS: Yeah. This is when they were just hearing about it. The movie doesn't open until later this month. But at that time, they called it the most blatant act of terrorism and an act of war that we will never tolerate.

MONTAGNE: So how did we get from this film, "The Interview," to this really quite serious hack of Sony's computer systems a couple of weeks ago?

MASTERS: Well, images started to appear. A skeleton and other ominous images appeared on Sony computers. There was a warning. At one time, there apparently was an ask for money. A lot of this is being communicated in what I would say is not fluent English. It's hard to say, is that because it's a foreign source of this hack? Or is it because somebody's trying to appear like a foreign source? Certainly people thought of North Korea.

Ever since then there has been a rolling dump of the most unbelievably important corporate information, not just the movies that you mentioned, Renee, internal memos, marketing plans. Movie stars are affected, too, and anybody who worked for Sony even more than 10 years ago this goes back. So nobody could check their calendars. They have to write paper checks to pay for things. This is the kind of thing that shut down and paralyzed the studio.

MONTAGNE: Because this whole scenario, this attack, seemed to start with this movie, it might seem that there's not so much at stake. But from what you've described this is hugely serious for Sony.

MASTERS: Very serious. Tens of millions of dollars lost, and of course going forward, you know, at this point, would you sign on to do a project with Sony and give them your personal information so that you could be paid? I mean, this has been a humiliating and embarrassing leak. The chairman of the studio had her entire inbox of emails downloaded, and people are still pouring through this data dump to find out what secrets they can find, how the accounting worked, out who made what money - salaries have been released. We don't even know what's yet to come.

MONTAGNE: So maybe the final question is maybe North Korea was involved, maybe it wasn't, but is it possible it's something else, it's coming from some other enemy of Sony?

MASTERS: Sure, there's been some thought. You know, Sony's had a lot of layoffs and been under a lot of financial pressure in the recent past. The federal government is of course involved at this point in this investigation. And what I hear from most of the people who are looking at this is that there are some markers that this could be the government of North Korea. The government, I should say, has denied it, but they have also the same time said that this is fitting punishment for Sony's misdeeds in releasing this movie.

MONTAGNE: All right. Well, more to come I'm sure. Kim, thanks very much. 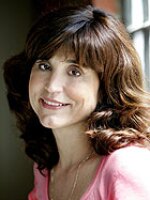 Kim Masters
Kim Masters covers the business of entertainment for NPR News. Her reports can be heard on NPR's award-winning Morning Edition, All Things Considered, and Weekend Edition. She joined NPR in 2003.
Latest News