The zoo will host its second annual Night Out at the Zoo, in partnership with Pride San Antonio, starting at 6 p.m. Visitors can expect family-friendly fun including music, vendors, entertainment, community resources and encounters with animals.

“This year we're doing it bigger and better, of course,” said Cyle Perez, the zoo’s public relations director. “It's a really exciting time, especially the honor of being the kickoff event.”

Tickets are $15 and can be purchased on the zoo’s website. Perez encouraged people to attend, both to support diversity and inclusivity in San Antonio, as well as the zoo’s wildlife conservation efforts through their purchases.

Pride events will continue throughout the week, culminating in the city’s annual Pride Bigger Than Texas Parade and Festival, organized by Pride San Antonio. This year’s parade and festival will take place on Saturday, June 25. The festival begins at 11 a.m. at Crockett Park and the parade will begin at 9 p.m., running through downtown.

This is the first official pride parade since 2019. James Poindexter, secretary of Pride San Antonio, said that organizers worked with local officials to protect visitors’ health in the face of rising COVID-19 cases. There will be increased security as well to ensure the safety of all participants.

“It's really, really important that especially young people feel that they have a city that is safe, that is open, that is accommodating and affirming to them,” Poindexter said.

Poindexter also spoke about the importance of recognizing the history behind pride and its importance. He wants to ensure these events are community-oriented and that the message of support for the LGBTQ+ community is center stage.

“Not only do we produce the Pride Bigger than Texas Parade and Festival, but we actually are actively engaged in many things throughout the year to promote LGBT visibility and inclusion,” Poindexter added.

The parade will feature entertainment, food, a health fair, and traditions like the high heel race, as well as new additions such as circus performers. Tickets are available online until June 24.

Pride Week’s official finale will be celebrated at Six Flags on June 26, with a portion of ticket proceeds going to Pride San Antonio.

Other Pride Week events will include the first ever Bud Light Pride River Parade & Celebration, created by Visit San Antonio. This free event will be on Saturday, June 18, beginning with a celebration at La Villita at noon. At 4 p.m., the parade on the river, complete with at least 17 barges, will commence.

The events don’t end there. From the Pride Center San Antonio’s Youth Empowerment with Pride Conference to the Pride Bar Crawl to San Antonio FC’s Pride Night and more, there are countless ways to celebrate San Antonio’s LGBTQ+ community this June. 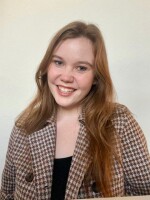