The heat wave continues to sear San Antonio into August - the hottest month of the year – and one of the consequences of such heat is felt and seen among the city’s facilities devoted to animals.

For example, Animal Care Services and several animal shelters report that they are filling up quickly and have had to euthanize animals because of an influx of animal drop-offs and the staffs’ inability to place them in new homes.

ACS has posted a list of animals it considers at immediate risk for euthanasia. It serves as a final notice to the public to adopt the animals before the procedure.

This month, ACS partnered with Clear the Shelters to save as many dogs and cats as possible. Adoption fees were reduced to $20 for pets four years and younger, and they have been waived for pets five years and older.

“This year we've had about 1,200 to 1,250 calls for service, specifically telling us that they believe a pet that they have seen is a victim of neglect,” she explained.

Norwood said animal neglect can include not giving your pet food, water, shelter, or shade. She added that owners should regularly ensure that their pets have fresh water and that the water stays in the shade.

How can a pet owner make sure the pet doesn’t accidentally tip over that water bowl?

“Number one, if you're using a bucket, make sure that you attach the handle of the bucket with a carabiner (or) attach it to something that's stable so that that's going to keep that bucket from tipping over,” Norwood said. She added that the pet owner could also dig a shallow space in the dirt and stabilize the water container in that.

Norwood also wants pet owners to pay attention to the quality of shelter for their pets.

“Shelter is defined as three walls, a raised floor, a roof, and then an opening that the pet can go in and out of and still have room to move around inside. That is what a legally defined shelter is.” she explained. She said the shady shelter must be consistent throughout the day.

Sometimes pet owners don’t want to keep their pets at home. But that creates different issues and risks for the animal’s health.

Among the biggest mistakes they make is leaving their pets locked in cars without air conditioning or having them ride in the back of a pickup truck.

“It's illegal not just to keep them in your car, but to also have them ride unsecured in the back of your pickup truck,” she explained. “And so they're facing those same heat stroke risks in the back of their pickup truck as they are when they're locked inside a vehicle.”

She asked the public to always consider whether it’s necessary to take pets on road trips or to run errands that would require them to leave their pets in cars or exposed to the sun.

“Unfortunately, these are things that we're seeing and these are examples that we have seen where pets have been left inside vehicles, at stores, at malls, at grocery stores, at our local theme parks. And they've died as a result,” she said.

Dogs still need to go for their walks. But the heat can make it hazardous. When it’s time to take the dog for a walk, how can the owner gauge if it’s too hot for the dog?

“Our kind of a rule of thumb regarding heat index is basically you take the temperature, you add the humidity, and if it's over 150, it's way too hot for them to be out there exercising for some dogs or just a simple walk around the block,” she explained.

ACS asked the public to report any animal mistreatment by calling 3-1-1. 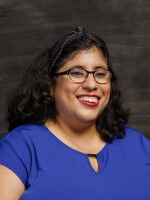