A South Texas school district once again rejected entering into a tax agreement with a liquified natural gas project.

Point Isabel ISD (PI-ISD) voted to reject a Chapter 313 tax abatement proposal that Texas LNG offered the district. For nearly two hours, the school board discussed the proposal completely in executive session during a special board meeting on Tuesday.

Texas lawmakers did not reauthorize the program during this past legislative session after it came to light that it failed to deliver on its goals for job creation, revenue generation, and attracting companies to the state. However, Chapter 313 is still operational until next year.

PI-ISD rejected a similar Chapter 313 abatement offer from Houston-based NextDecade’s Rio Grande LNG project in 2016. The year before, PI-ISD unanimously rejected a tax break offer from Annova LNG after the company asked the district to tax them at a $25 million valuation for ten years when the company was expected to be worth more than $1 billion.

Texas LNG is one of two liquified natural gas (LNG) export plant projects slated for construction in the Port of Brownsville after Annova LNG dissolved its project last year. Both Texas LNG and Rio Grande LNG have been cleared for construction, pending whether they receive funding and contracts to export LNG.

During Tuesday’s meeting, residents told the school board that LNG companies pose a risk for all human, flora and fauna in the Laguna Madre area. Dina Nuñez, a resident of Laguna Heights and member of the Vecinos para el Bienestar de la Comunidad Costera, or the Neighbors for the Wellness of the Coastal Community. “Texas LNG will destroy acres of wetlands, dump air pollution into our communities, obstruct access to the shipping channel with tankers and potentially putting the safety of the residents of the Port Isabel, Long Island Village, Laguna Vista and South Padre Island (at risk),” Nuñez told the board in Spanish.

LNG plants carry the risk of explosions and increased air pollution, the former of which was seen just last month in Freeport.

LNG plants also pose a risk to the Laguna Madre’s indigenous lands. Christopher Basaldú, a member of the Carrizo Comecrudo Tribe of Texas and Native American scholar, addressing the board in Esto’k Gna, the tribe’s language. He said some of the tribe’s sacred, documented sites were in the sites of the export plant projects.

“If Texas LNG were allowed to happen, the few sites that have been noted by archaeology and history, those will be obliterated and destroyed,” he said.

PI-ISD Chief of Police Rick Herrera attempted to arrest Basaldú for going past the allotted speaker time of three minutes. Basaldú told the board members what he was saying was important and asked if he could finish his statement. Board members and Superintendent Teri Capistran told Herrera to “just leave him” and “Chief, please” as he pulled Basaldú from the podium. The event was captured on PI-ISD’s livestream of the meeting.

Though there is no timeline on when either LNG plant will start constructing its sites, Rio Grande LNG recently received a contract with ExxonMobil to export gas. The contract is valid for 20 years, with Rio Grande LNG expecting to make final investments into the project later this year.

TPR was founded by and is supported by our community. If you value our commitment to the highest standards of responsible journalism and are able to do so, please consider making your gift of support today.
Tags
Environment Top StoriesRio Grande ValleyLNG 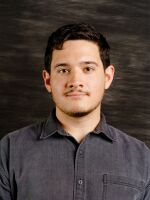