Canada's official opposition, the Conservative Party, will announce the results of elections for a new party leader tomorrow. And the heavily favored candidate is a member of Parliament who has drawn comparisons to former U.S. President Donald Trump. Emma Jacobs reports from Montreal.

EMMA JACOBS, BYLINE: Earlier this summer, parliamentarian Pierre Poilievre walked the streets of Ottawa at the head of a flag-waving procession. Beside him was James Topp, an army reservist walking cross-country to protest COVID-19 restrictions and vaccine mandates.

JAMES TOPP: I think that he is advocating freedom of choice. People should have the freedom to make their own decisions with their own bodies.

JACOBS: Now, Poilievre appears poised to become the head of Canada's Conservative Party, the main opponent to the Liberal Party led by Prime Minister Justin Trudeau. The election of the Conservatives' new leader, conducted by mail-in ballot, concludes Saturday. Poilievre would replace former leader Erin O'Toole, who tried to keep his party to the political center.

JACOBS: O'Toole stepped down in February during demonstrations in Ottawa, which supporters called the freedom convoy and opponents called an occupation of the nation's capital. Poilievre announced his own candidacy days later, saying he would fight to make Canadians, quote, "the freest people on earth."

PIERRE POILIEVRE: Now, the people with power, the media, interest groups, corporate giants, government authorities will fight tooth and nail to keep on top. So it won't be easy.

JACOBS: Poilievre has become known for his use of social media to communicate his populist message directly with voters.

PARADIS: Someone like Trump is more of a demagogue. And he's turned the GOP into a cult of personality. And that is not what's happening in Canada right now.

JACOBS: But she says, like Trump, Poilievre has managed to engage people frustrated with the current government who may not have voted in the past.

PARADIS: First time I've ever been to a political rally in their lives was to go see Pierre Poilievre.

JACOBS: And some observers, including pollster and analyst Shachi Kurl of the Angus Reid Institute, think he could have a path to becoming prime minister in a future election.

SHACHI KURL: Poilievre actually doesn't need to go mainstream. He can hold the entirety of his conservative base as it exists today. And if he can pick up people even further to the right, and if they show up to vote for him, there is a path where he picks up a majority government. 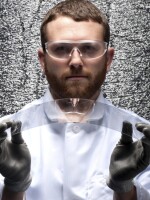