With An Urban Face-Lift, Vintage Bike Polo Picks Up Speed

Welcome to hardcourt bike polo. On a hot, sunny day in Roseville, Minn., the second day of the 2013 North American Hardcourt Bike Polo Championship is about to begin.

The game consists of teams of three riders who deftly maneuver around concrete courts on single-speed, fixed-gear bikes as they use mallets to whack a rubber ball toward each other's goal nets.

It's a tough game, evidenced by the players' bruises, scabs and freely bleeding wounds. They're all wearing helmets, and there is a plastic or cardboard shield safeguarding wheel spokes against hurtling balls or errant mallet swings.

There are penalties for various infractions, but the most common is touching the ground; for that, you have to ride to a set point on the court and hit it with your mallet to tap back in. For the tournament, games last 12 minutes, and the team with the most points wins. The tournament finals are longer.

"It's a very attractive sport," says Ben Schultz, one of the organizers of this 48-team tournament. "It's an elegant sport, it's a brutal sport, [but] it's gorgeous."

Bicycle polo was invented in 1891, but its gritty, hard-court cousin was cobbled together in Seattle in 1999.

While traditional cyclo polo was played on manicured grass fields with wooden mallets, the modern version began in alleys and side streets with mallets crafted from ski poles and PVC pipe.

U.S. hard-court bike polo has now exploded from 11 registered teams in to more than 175 in the past six years. Minneapolis player Jenn Gallup attributes the jump to increased interest in street biking and online organizational capabilities.

"With technology like the Internet and message boards, I think it's just creating a community that's easier to attach yourself to," Gallup says.

Gallup was at the tournament helping run the live stream service bikepolo.tv. Complete with commentary, it broadcasts games online from around the world.

Yet just a few miles down the road in Roseville, a suburb of Minneapolis, Minnesota native Joe Wentzel has never even heard of bike polo.

"[If] I'm going to watch the Twins, the Vikings, or bicycle polo, I think bicycle polo would definitely be No. 3," Wentzel says.

That's only one of the challenges facing this fast-growing urban sport. Right now the fan base is mostly players, but the game is rapidly professionalizing as it grows. Some companies now make bike-polo-specific gear and, in some cases, provide corporate sponsorship for teams or players.

But some, like longtime player Chris Williams, say this evolution is creating some tension.

"There are a lot of people with a lot of grand visions for what the sport could become or what they want it to become," Williams says. I'm very much in love with what I first discovered."

The champion this year was San Francisco/Seattle team "The Beavers," clinching the title for the second year in a row. The world championship of bike polo will be held in Weston, Fla., in October.

If the North American tournament is any indication, however, they'll need a well-equipped first aid tent. It may be an elegant sport, but it can be brutal. 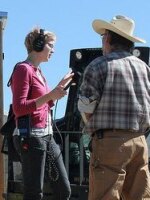