UPDATE: Cornyn Says 60 Unaccounted For, But May Be Staying With Loved Ones

Update: 1:21 p.m..:Sen .John Cornyn said at a press conference that 60 people are still unaccounted for in the town of West.

"There are a number of confirmed dead but a number who are unaccounted for," he said.

Some headlines circulating now are skipping context, KERA's BJ Austin tells us.  Cornyn's announcement came with the cautionary point that many could be staying with friends and family, and they aren't presumed dead. Authorities still haven't scoured all the hospital lists for names, according to Cornyn.

In the first hard numbers released, officials have confirmed 12 people died and 200 were injured in the West, Texas fertilizer plant explosion. NPR's John Burnett is reporting that 11 of the 12 West victims were volunteer firefighters. That's a third of the volunteer force, he says.

State Trooper Jason Reyes confirms 12 people have been found dead in recovery efforts at the fertilizer plant. The bodies are being sent to the Dallas Forensics Lab for official identification.

He also says 200 people were injured, 150 buildings have been cleared and 50 homes destroyed among those. But there are 25 more homes to be looked at.

Hundreds of people in West attended a candlelight vigil at St. Mary's Assumption Catholic Church Thursday night. Father Ed Karasektold the somber and still crowd that West will never be the same. Many wiped away tears as the pastor spoke about grieving the horrific loss and the importance of embracing and helping each other. Crisis counselors are also in West, offering help at the city's community center and other locations.

We'll be live-blogging on this post throughout the day Friday. 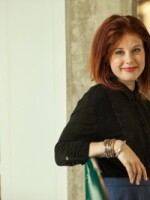