Texas Lieutenant Governor David Dewhurst is accusing one of his aides of stealing at least $600,000 from his campaign.

The Dallas Morning News reports that Kenneth “Buddy” Barfield, an Austin political consultant who has worked for Dewhurst for years, is alleged to have use accounting tricks and false invoices to take the money. The embezzlement allegedly goes back years, and could involve up to a million dollars of campaign funds.

"allegedly allowed Barfield to conceal huge sums of money taken from the David Dewhurst Committee since 2008 until Dewhurst associates discovered the improprieties this month.

After Dewhurst and his top aides confronted him, Barfield offered to repay the money — but was unable to do so, one campaign official said."

Barfield was in charge of Dewhurst’s failed campaign to win an open senate seat this year, as well as his re-election bid in 2010. Dewhurst’s office says they’ve alerted the authorities and are asking for an investigation. 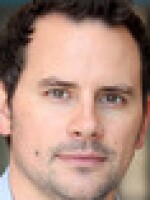