This story comes from Texas Standard.

A documentary at SXSW – “Kingdom of Shadows” – forces us to look at the ongoing violence south of the Texas-Mexico border.

The film is told through three people – a Mexican nun working to find answers about tens of thousands of disappearances, a U.S. drug enforcement agent and a former Texas drug smuggler. Bernardo Ruiz directed the film.

On why he’s telling this story:

“When it comes to the US-Mexico narco conflict there’s a lot of work that has been done but I think a lot of it is pretty shallow and exploitative. I think that there’s one narrative which is the bodies in the street or the men with guns narrative but that doesn’t really tell us anything about the conflict or what’s behind it as well as the impact on ordinary people.” 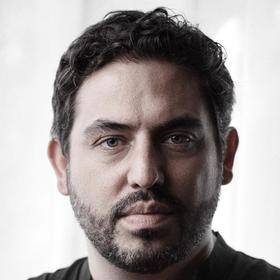 On using a Texas cowboy to help make his point:

“One of the things that I was after in this film was to unpack stereotypes. In the film, we have this cowboy who was a smuggler at the height of Reagan’s ‘just say no’ era was running loads between northern Mexico and Texas.”

What he wants Texans to know about what’s going on in Mexico:

“You can’t talk about Texas without talking about Mexico. They’re so intertwined: histories, demographies, culture, food – I mean everything is just so connected. And I think that most Texans already know that these twin stories are braided – they’re a part of this bigger story. And I also think that one thing that Texans I hope will take away is, when it comes to the border, nothing is what it seems.”

An MP3 version of this story.

The drug war in Mexico continues to takes lives. Streets along the border have become battle fields as cartels challenge each other for territory and clash with the Mexican military forces. Sometimes it takes fiction to explain and decipher the impact of the harsh realities like the drug war. It's able bring to the page the maelstrom of emotions of what’s it like to be collateral damage in this conflict that’s tearing your motherland apart.

At SXSW, A Modern ‘Western’ Opens Eyes To A Closed Border

If you’re looking for talking heads in Bill and Turner Ross’s documentaries, you won’t find them. Their documentaries capture the essence of the people and places they film, from nocturnal New Orleans to a small Ohio town. Their latest portrait, Western, was shot in Eagle Pass and Piedras Negras, Mexico. The Ross brothers were there as the twin communities, united in one culture, slowly fractured from encroaching border violence and the construction of the border fence.