For service members of color, fear of racism in military towns weighs heavily in career choices

The report from Blue Star Families found some service members are passing up career-advancing moves because they don't want to relocate to certain cities.

Almost a third of the military families in a recent survey said they had turned down duty assignments over concerns about the racial climate at the new installation — even though they knew it could hurt their careers.

The study by Blue Star Families is the latest effort to fill in the knowledge gap about the impacts of diversity in the military, and it’s one of a handful in recent years that explores how race and discrimination affect the everyday lives of service members and their families.

The results were mixed. Most respondents said the military has had an overall positive effect on them, but many also reported outright discrimination like racial slurs and fear for their safety both on and off base.

“Active duty family respondents of color are making very big decisions about military life, based on perceptions of racism and fear for their family’s safety,” said Jennifer Akin, Director of Policy and Social Impact Research at Blue Star Families.

“We had 46% who consider racial and ethnic discrimination when submitting base or installation preferences,” Akin said, adding that these decisions could have long term implications on their careers. Some of those who turned down relocation orders reported consequences in the form of unfair negative performance reviews or opportunities for career advancement that disappeared.

“Obviously, these are huge conversations,” Akin said. “Decisions in all of them affect overall military readiness and retention.”

A spokesperson for the Department of Defense did not comment directly on the findings in the Blue Star Families report, but said in a statement that the department’s efforts to improve diversity and inclusion are ongoing, including at the officer level.

The Defense Department also said it’s currently conducting its own study of diversity patterns and an analysis of the paths — and roadblocks — to leadership.

“This comprehensive analysis will not only identify the barriers that exist for minority service members, but also the root causes of such barriers so that leadership can take effective action,” Major Charlie Dietz said in a statement.

Retired First Sergeant Carlandra “CT” Moss said she never turned down an assignment in her 24-year Army career. But that’s not because she didn’t want to.

Currently, she runs the Racial Equity and Inclusion Initiative for Blue Star Families. But almost a decade ago she was a single mom trying to make her way up the ranks, when she received orders for a Permanent Change of Station, or “PCS,” that gave her pause.

“I remember originally saying, ‘I do not want to go to Mississippi, I do not hear great things about that area when it comes to my family,’” said Moss, who is Black.

“But we went because it was going to be great for my career,” she said.

She said only a few months went by before she became concerned about the safety of her son, who was 13 at the time.

“My son was racially profiled in our neighborhood where we lived — twice,” Moss said. “Once was from an undercover cop who didn't identify himself, and it got to a point where I had to make a decision.”

Her decision — to move her son to Florida to live with other family members while he attended high school — didn’t come easily. Almost one-third of Black service members reported being racially profiled by law enforcement at least once since January 2020, according to the Blue Star Families report.

She said it was hard to be apart from her son, but she kept it to herself.

“I never even thought to talk to my chain of command about it.”

Moss said she doesn’t regret her decisions. But now, she wants those conversations about the racial climate and lived experiences in military communities to happen out in the open.

“Families are sitting around the dinner table and they’re making decisions based off of their race on whether they should move to a location,” Moss said, “but you don’t hear these stories.”

Moss and Akin, the research analyst, both pointed out that the survey results showed that military service offers many benefits to people of color.

“About half of our family respondents of color characterize their family's financial situation as better than their family and friends with a similar racial or ethnic identity,” Akin noted. “And about 79% of our active duty service member respondents agree that their military experience has had a positive influence on their professional growth.”

The Blue Star Families report concluded that the racial climate in military towns will become even more important in the next several years as the American population and the military continue to become more diverse.

One of their key recommendations is to strengthen the relationship between bases and their surrounding communities so that military families of color feel safe enough to stay in the service. 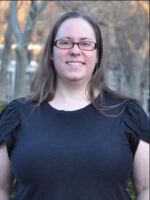