Presidential Polls Diverge Widely In Texas. Who's Right? Who Knows?

There have been five new polls of Texas likely voters released in the last three days — and on the presidential level, the results are decidedly mixed: Three show Donald Trump in the lead, and two have Joe Biden in front.

The widest Texas gap came in a survey done by YouGov for the University of Houston's Hobby School of Public Affairs, which had the Republican incumbent up by five points. The New York Times and Siena College showed Trump leading by four.

On the other hand, Biden had a three-point edge in a poll from The Dallas Morning News and the University of Texas at Tyler. The pollster Data for Progress put Biden's lead at one.

Then there's the latest polling by Survey Monkey. It delivered a split decision: Trump leads in Texas among likely voters by four points; when it's sorted by overall registered voters, Biden noses ahead by one.

It's vital to remember that all these polls are either within the margins of error or just outside it.

The wide polling variance in Texas stands out in a year when overall polling has been generally steady. As the The New York Times ' blog The Upshot put it, "We don’t see anything near this kind of variation in any other battleground state."

The numbers-obsessed site FiveThirtyEight still give the president a two-in-three chance of winning Texas. But the influential Cook Political Report just moved the Lone Star State from "leans Republican" to "toss-up."

With 8-point-1 million votes already in — 90% of the total vote in 2016 — Texas, and the pollsters, are in uncharted territory.

KERA News is made possible through the generosity of our members. If you find this reporting valuable, consider making a tax-deductible gift today. Thank you. 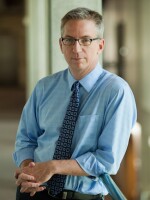