The San Antonio Symphony celebrates 75 years this season, and they are definitely celebrating in style. After a combined debut earlier this month with Ballet San Antonio and the Opera San Antonio, the symphony takes up residence at the Tobin Center for the Performing Arts on September 20. That night, super star soprano Renee Fleming will join the orchestra and music director Sebastian Lang-Lessing for an evening of incredible music making. The season officially starts on October 10 with a performance of Gustav Mahler’s “Symphony No. 2.”

“I think what makes it stand out is the people,” says David Gross, the San Antonio Symphony’s president. “Many of our musicians have been here for over 30 years. They’re committed to organization, and committed to city.”

Praising music director Sebastian Lang-Lessing, who joined the group in 2010, Gross says Lang-Lessing is not only talented, but “brings a lot of charisma to the podium.”

“The first time I saw him conduct, I was so impressed with his passion and charisma, I wanted to be part of that,” Gross says.

The musicians of the orchestra might make it stand out as something unique and special in the classical music world, but Gross says it’s the community members who’ve made that possible.

“I think they’ve supported it well, and I think that a real sign for [the city’s] passion for the orchestra is the Tobin Center. A lot of the catalyst for the creation of the Tobin Center and what went into it was because the community felt strongly that we needed a concert hall that presented the symphony the way it needed to be presented,” Gross explains.

Earlier this summer, the orchestra performed its 75th anniversary concert at their home for the past 23 years, the Majestic Theater. Although the Tobin is the San Antonio Symphony’s new home, Gross says the orchestra will continue to offer special performances at the Majestic, including a “symphony soundtrack” performance that will find the orchestra playing Michael Giacchino’s thrilling score to “Star Trek Into Darkness” while the movie plays on a big screen above the orchestra.

But Gross promises the Tobin Center will offer a whole different kind of experience for SA Symphony patrons this fall.

“The Tobin Center backs up to where the river goes through. One of the great things about the design of the Tobin Center is water taxis can bring people from restaurants to concerts. And [the Tobin Center’s] outdoor space will be mainly served by a giant TV monitor on the outside of the building [that will] simulcast what’s going on inside.”

That means that if a San Antonio Symphony concert is sold out, you may still be able to catch the show — outdoors, with an outdoor bar and space for socializing and enjoying the music under the South Texas sky. Gross says the outdoor space will also be a way to “bring in people that haven’t experienced the symphony” before.

To mark the occasion of the orchestra’s 75th anniversary and also to acknowledge the start of a whole new chapter in the orchestra’s story, which will continue to unfold in the brand new Tobin Center, Gross says the orchestra has come up with something very special this season:

“It’s kind of a unique project. We’ve commissioned 14 composers from all over the world to write what we’re calling ‘preludes’ that’ll be premiered at each of our classics concerts.”

Some of the composers are well known among contemporary music fans, including Aaron Jay Kernis and Michael Daugherty. “Each one of these preludes will be 3 to 4 minutes long, and the composers have been told, here’s the instrumentation—do your thing!” Gross enthuses. “Originally, [we planned for] just one prelude, and our music director, Sebastian Lang Lessing, said ‘why not one on every concert?’ The composers have jumped on it — it’s such a unique idea. The hope would be to then to combine all of them on one recording, and present all fourteen,” Gross says. The San Antonio Symphony has not made a commercial recording since the mid 1960s, during the time of Victor Alessandro’s tenure as music director.

To learn more about what the San Antonio Symphony has planned for their 2014-2015 season, visit SAsymphony.org. 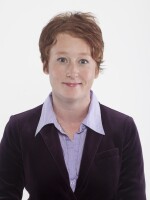 Elena See
Elena See started her radio career in Minnesota in 2001, working as part of the production team for Garrison Keillor's A Prairie Home Companion. She moved to Maine and started working as the classical music director for Maine Public Broadcasting in 2003. Eventually, she headed south to Washington, DC for several years to try out satellite radio with Sirius XM joining Classical 24 in 2009.
See stories by Elena See