Carlos Francisco Jackson, professor of chicana/o studies at the University of California-Davis, and George Vargas, professor of art history at Texas A & M University-Kingsville, discussed the meaning of the term "Chicano" in 2012. Ricardo Romo, President, The University of Texas at San Antonio, moderated the conversation.

The often-touted term was divisive amongst the highly engaged audience.  There was lively conversation as opinions were exchanged and audience members interrupted questions. 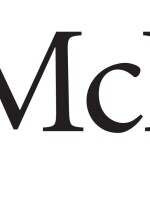