The campaign, which launched in November, emphasizes Army careers in technology, medicine, and other non-combat jobs.

The U.S. Army hopes a new marketing campaign will show potential recruits a different side of military service.

The campaign called "What's Your Warrior?" steers away from showcasing the glory of the battle-hardened soldiers who have dominated marketing pushes for decades.

It instead focuses on the variety of career fields available to recruits - from space and cybersecurity jobs to science and medical positions.

“It's really more about surprising our audience about what you can do in the Army.” said Brig. Gen. Alex Fink, chief of Army enterprise marketing.

The campaign launched in November and is not related to the recent deployment of thousands of troops to the Middle East.

According to the Army, the campaign resulted in a 35 percent jump in visitors filling out interest forms on the Army's website, compared with November 2018.

But Fink said filling out those forms is just the first step.

"It's great and fine and dandy to fill out a business reply card online," Fink said. "But, how does that translate into actually getting folks to make a commitment?"

That's where the individual relationship between recruit and recruiter comes in.

"They really need to know how to take that message and give it to the students coming out of school these days and make sure that they know the opportunities that are available to them," Trenkel said.

Trenkel was supervising a tour at Fort Carson for brand new recruits. The group took turns in a shooting simulator, peeked inside military vehicles, and was treated to an old Army standard, a Meal Ready to Eat (MRE), for lunch.

Crystal Townsend was sitting on the grass with other new recruits, opening her vegetable crumble MRE.

Townsend ended up in law enforcement, rising in the ranks to become a deputy sheriff in El Paso County, Col. It's a stable job in a professional career, but as she got older and closer to the maximum age for enlistment, she found herself having regrets.

Sitting near her were younger men and women just out of high school and looking for more than the classic Army experience as a gunner or infantryman. One was looking to go into communications, another was hoping to jumpstart a career as a firefighter. The range of ambitions these recruits have is exactly how the Army is hoping to sell itself through "What's Your Warrior?"

The first ad in the campaign looks more like a trailer for an effects-laden superhero movie than a traditional recruitment pitch, with helicopters flying through mountain passes and microscopic cells dividing on screen.

There's also a social media blitz with simpler videos attempting a more personal appeal, with individual soldiers talking in front of a simple black background about their experiences.

The diversity of career options is what led Townsend to choosing the Army over another military branch. Though the logical path might have been to move from her job as a sheriff's deputy to a military police position, she's looking for a different path.

Her first choice is to move into military intelligence.

"I would figure it would be a waste of opportunity to not go into something else, challenge myself by learning a completely new field," Townsend said. 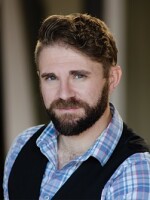