Franz von Suppé was born on 200 years ago — April 18, 1819 — in what is now Croatia, but he went to Vienna as a young man and built a successful career as a conductor and composer. And while you may never have heard of von Suppé, if you like movies, cartoons, or video games, odds are you've heard his music.

von Suppé wrote mainly for the theater — operettas, ballets and comedies. Most of the operettas and other works haven't survived to the present day, but several of the overtures to his operettas have. Most people might know them from movie or cartoon soundtracks.

In the classic 1930s cartoon Popeye the Sailor, Popeye conducts a performance of von Suppé's "Poet and Peasant" Overture, renamed, for the occasion, the "Spinach Overture."

von Suppé's overtures have both great beauty and great brilliance, which is why they're still played. As for the cartoon versions, von Suppé himself spent a career writing music for light entertainments, so perhaps he would have been perfectly happy to know how often his music has been used to enhance entertainment of a different time. 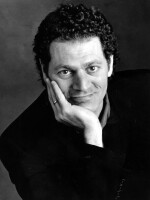 Miles Hoffman
Morning Edition music commentator Miles Hoffman is the author of The NPR Classical Music Companion, now in its tenth printing from the Houghton Mifflin Company. Before joining Morning Edition in 2002, Hoffman entertained and enlightened the nationwide audience of NPR's Performance Today every week for 13 years with his musical commentary, "Coming to Terms," a listener-friendly tour through the many foreign words and technical terms peculiar to the world of classical music.
See stories by Miles Hoffman
Latest News
Related Content