Adler Says Texas Has 'Declared War' On Austin: 'We Must Be Prepared To Defend Ourselves.'

Austin Mayor Steve Adler opened the annual State of the City address Wednesday with a quote from Charles Dickens: "It was the best of times, it was the worst of times."

Adler said Austin was experiencing a "golden moment" and in a good position to address challenges like affordability, mobility and equity. But, he said, the state's government was "upending" the city's success.

"In my 40 years, our city and Texas’ cities have never been so aggressively under attack by the state," he said.

"The state has declared war against its cities," he said, "and we must be prepared to defend ourselves as best we can."

Adler pointed to legislation passed in the Senate that would limit what cities can raise in property taxes to fund services, calling it a "significant assault."

"If these caps get passed, we won’t be focusing on new programs," he said, "we’ll be struggling with cutting existing ones."

The proposed cap could cost the city millions, he said.

"Spending decisions are best made by the folks closest to the facts – and to the consequences," he said.

Adler railed against the Texas Legislature trying to end the city's ability to get paid sick leave for workers and prohibit discrimination against the LBGTQ community. He also knocked a bill that would end Austin's ordinances on short-term rentals.

"It breaks my heart," he said, "that the biggest risk Austin faces is from the Texas government. "It a self-imposed and manufactured threat."

After his address, Adler told reporters he’s “all but too sure” the Legislature will approve the proposed tax caps.

“I’m not sure what we do,” he said. “It’s going to be hard decisions, and I just thought that in this State of the City address, it was incumbent on me to make sure that our community had advance warning about the kinds of conversations we will all be involved in over the next four months.”

DaLyah Jones contributed to this report. 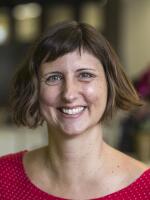