The British publisher Penguin launched an unusual book Monday — an authorized history of MI5, the British domestic intelligence agency, to mark the centenary of its founding in 1909. It's the first authorized history of any Western intelligence agency. Allowing an academic to write it and comb through the agency's files has raised questions about why its secrets shouldn't be kept secret.

James Bond was MI6, but the launch of a book about the history of MI5, presided over by a former intelligence chief, still conjures up expectations of hearing, "Now, listen carefully 007," or seeing rogue journalists gunned down with a ballpoint pen. But that, it seems, is in many ways why MI5 has taken the unusual step of allowing an outside historian to trawl through its files.

There are too many myths, movies and conspiracy theories about the intelligence agencies, said former MI5 chief Sir Stephen Lander, who commissioned the book.

"We thought if we had a history, we could assign to history all those allegations and stories that have been around, with someone not in the service making a professional judgment about what really happened," Lander said. "And it would be possible not to have to be dragged back in the press or anywhere else to stories about the Wilson plot, or about whether we investigated John Lennon, or studied Mickey Mouse ... or all the rest. The answer is, 'Read the book.' "

The Defence of the Realm, with more than 1,000 pages, will be published in the United States next month. The man chosen to write it was Christopher Andrew, professor of history at Cambridge, a university that provided a large number of senior agents for MI5 in the past — though, as it turned out, many of them unfortunately were also working for the KGB.

Despite MI5 failures during the Cold War, though, the book paints a broadly positive picture.

For instance, although British spies have recently been accused of complicity in the torture of terrorist suspects held abroad, Andrew said the records show that, historically, that is uncommon.

"Beginning with the Second World War, when an MI5 officer walks into a cell, where a German agent who has been captured is being beaten up, it stopped," he said. "And the reasons are because they believe that torture is wrong, but secondly, because they understand intelligence. They know that it's not merely a crime; it's a mistake. If you torture somebody, of course they will say anything you want [them] to."

Inevitably Andrew was not given access to files that might have compromised current operations, but he is not afraid to be critical. He writes that MI5 was "slow to see the coming menace of Islamist terrorism."

The book says the agency's head in the 1990s, Stella Rimington, had never heard the name al-Qaida until a meeting in Washington in 1996. Rimington, the first female head of MI5, said the service has changed dramatically just in the past decade.

"Since I left, it's really become primarily a counterterrorist service," she said. "When I was working there, it wasn't. During most of my time there, it was primarily a counterespionage service during the Cold War. So I think that's changed, and that means that some of the way they have to work has changed. But of course, even in a book like this, which goes up to today, you're not going to read everything."

MI5 failed to stop the London Underground bombings in 2005. But as the agency settles into its new counterterrorism focus, Andrew quotes current MI5 chief Jonathan Evans saying that recent successes in disrupting Islamist bomb plots in Britain have had what he calls "a chilling effect on the enthusiasm of the plotters."

But, Andrew said, it's too early to tell whether this "chilling effect" is a short-term fluctuation or a long-term trend. 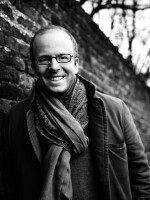