We caught up with Michael Collins - the man behind the band, Drugdealer. We sat down in the greenroom of the Paper Tiger, where Michael reflected on this tour -

“It's been the best tour that we've ever done by a longshot, and we've only...it’s just this and then we play Austin tomorrow and then we finish it off in LA. So, you know, we're all we've all had a really great tour compared to any other of the other ones that we've done. And I think we're already kind of bummed that it's coming to an end, but it's bittersweet. And it's really just been an incredible trip.”

It was his first rodeo in San Antone -

“Actually, yeah, it is my first I would say that to do kind of feels like I've been to a few different places in Texas. Obviously, I've been to Austin, and I've been to Marfa. But the other cities have to do with Texas are tough - you know, sometimes to play in. San Antonio feels good.

What do you know about it?

“Well, I actually don't know enough about it. But I'm really into like, Texas, independent filmmakers, like kind of the genesis of like, Linklater and Sundance and stuff. And I'm just really into that Doug Sahm song, “Is anybody going to San Antonio” it's like one of my favorite songs ever written? I think. But it's, I mean, it's actually written by Charlie pride. But to me, it's Doug Sahm. He kind of owns it.”

Like Doug Sahm, Michael is a proponent of experimentation and personal growth. Three years ago in Marfa he met Annette Peacock. It was this meeting that set Collins down a new path toward reflection and where he ultimately changed his style of singing.

“When I was in Texas, in Marfa in, I think it was like, middle of 2019… when I was really see my last record, and I, you know, I was at this festival, that Mexican severed label who put out these last two records. At their festival, and I met Annette Peacock after seeing her play, an older artist that I was completely blown away by, and just kind of was feeling like, you know... I've been doing this for a while. And I just really didn't like singing. So I told her, and she immediately diagnosed me as just…I showed her something quick in the desert, in her ear, and she just immediately diagnosed me as singing too low. So, yeah, on this record, it was kind of my last ditch effort to like, keep this project going before just focusing on producing and directing films. And actually, it really worked and this is the tour that's the proof of concept. And yeah, just singing in the right range at the shows just becomes... It's like the first time I've ever played a show. It feels like, you know?”

This tour they shared the stage with Reverend Baron -

“Well, Danny is a, you know, he's a heavy cat. I really looked up to him when I was a little kid as a skateboarder. Because he was, in some he was in like, one of the second skateboard VHS I ever bought. And he's just kind of, you know, a legendary figure in my life. And then, when I met him, he kind of was like, ‘you know, I've actually been doing music, as long as I've been skating, and nobody really knows that.’ And so he ended up joining Drug Dealer for maybe a year and a half after we met, and then he kind of broke off to start working on his own stuff. And then now that it's finally out. Yeah, it's just incredible, you know, for someone to be that, that good to me, that someone I could look up to and multiple avenues over that long period of my life. It's like, he's definitely - it's incredible to have him opening up for me, you know, because he feels kind of like the papa bear when we're traveling with him.”

“I'm just really interested in like, storytelling. So there's, there's so many different, like movements of music, where people really dig in when they write their songs, you know. So I'm just kind of like, and the thing is, I didn't really listen, I wasn't really interested in music when I was younger, I started making music when I was like 18 or 19. And it was at that point that I started actually being like, oh, I should listen to the Beatles, or something.”

So when I started, which is like a lot of things about life, when I start getting involved in them, then I'll start studying it, you know, on the ground. And so I'm, I'm still finding out about a lot of these things.

“When I first started writing, trying to write songs, I was listening to The Beatles, because the obvious entry point. And then I think on some of that stuff I was trying to do, do some stuff like that for a while. And that kind of runs its course, and you find that you can't, you know, and then you move on to something that's maybe a little further on down the line of that you would find and maybe it's a little more approachable?”

San Antonio’s own Doug Sahm was an inspiration for Michael when making the new record.

“Inspirations for me or, like, direct with music, where it's like, I'll hear like Doug Sahm, for instance. And, you know, there's some stuff on this album, I started listening to him during the pandemic. And then I wrote that song ‘Hard Dreaming Man’ that's like, sort of like a, because he's sort of like a, you know, country colonialist.” Collins recalls listening to Doug Sahm.

“He has his own kind of approach - you know, he's, it's a, there's a cross cultural kind of soup going on, when you hear his music as opposed to like, you know, some a more traditional, like, person and you know, and so like,

Whatever, whatever it is, that I listen to, you know, it just goes into, like, shred paper shredder, so to speak. I mean, you know, just but just coming into music this late, it's like, I'm still not full up or jaded at all.

Like, there's new stuff coming in all the time. And people because of the music that I make, people who are fans, you know, who might come up to someone else at another show and just want to get an autograph or something, they come up to me and they want to tell me about a song that might inspire me. So like, I have a lot of that like legwork done just by like a battery of people hearing what I'm doing and wanting me to hear some obscure other songwriter.”

Collins turns these inspirations into new tracks - he’s been busy thinking of ideas on the road.

“On this tour, I've really been, we've been working on new I've been working on new song ideas myself. So when I'm in that mode, I don't really it's not as much of a listening mode. It's like I had that listening mode just before this tour for a month. And during that time, I found a bunch of stuff and specifically, I started listening to Danny O'Keefe a lot. And the song "Good Time Charlie's Got The Blues." And I can just take one song, and listen to that, like, I did that song for months, and then it'll turn into five or six songs, songs of mine. It's usually that's how it is - one song creates four songs. And it's, I'll listen to only that one song for months before.”

Whether it was “Good Time Charlie's Got The Blues” or “Is Anybody Going to San Antone?” - you have to appreciate the inspiration Collins found… He turned those songs into a wonderful album. 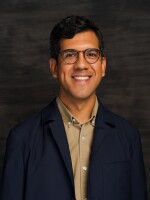