When Your Hand Has A Mind Of Its Own

NPR's Invisibilia, the show about human behavior, has returned with a new season of stories about the invisible forces that shape our lives. This week, they're looking at how ideas and concepts from our culture wheedle their way into our heads and influence what we do. Sometimes, that happens in ways that are unexpected and bizarre. Here's Hanna Rosin with a story about what woman experienced after brain surgery. way.

HANNA ROSIN, BYLINE: Recently, my co-host Alix Spiegel and I called a woman named Karen Byrne. In her late 20s, Karen had gotten this very serious operation on her brain. The operation was to treat Karen's epilepsy, which was so bad that Karen was having near constant seizures. So her doctors put her to sleep and cut into her brain. And Karen says when she woke up, her speech was a little funny, but basically she felt great.

KAREN BYRNE: I had woken up. And I was sitting on the hospital bed talking to my surgeon. And...

ROSIN: And then all of a sudden, her left hand picked itself up and started moving towards her shirt, started delicately undoing its pearly top button.

BYRNE: My hand was taking my clothes off.

ROSIN: Taking your clothes off?

BYRNE: Yeah. My hand was taking my shirt off (laughter).

ROSIN: Karen, of course, was completely shocked and so was her surgeon.

BYRNE: My surgeon was like, Karen, do you realize what's happening? I said, yeah, something's wrong.

ROSIN: And then, all of a sudden, the hand seemed to get angry.

BYRNE: It was tearing the buttons off the shirt.

ROSIN: Her surgeon was screaming at her to control it.

BYRNE: Try to make it stop. I said, I can't. It won't stop it. And then I started to cry. I just didn't know what to do.

ROSIN: Eventually, they wrestled her hand down, but what was so troubling was that this didn't seem like some strange physical spasm. The hand acted like it had intent. Did the hand seem to have...

ROSIN: When Karen went home from the hospital, the hand - this new hand with a mind of its own - went with her. A lot of the time, the hand was OK, but it would also get really upset with her, like sometimes when Karen did something it didn't like.

BYRNE: Smacked me right across my face.

ROSIN: Your own hand?

ROSIN: Sometimes it would hit her so hard, it left her black and blue.

ROSIN: Her problem, the doctors explained, was alien hand syndrome. See, to cure her epilepsy, they'd had to sever the two halves of her brain.

BYRNE: Brain was split in half.

ROSIN: They'd cut right down the center between the two lobes, this wide flat bundle of neural fiber with one of those brainy sounding names.

ROSIN: It's like the thing that gets the two halves to speak to each other?

BYRNE: For some reason, my own hand felt some animosity towards me.

ROSIN: Or not her hand, really, some part of her mind.

BYRNE: Half my brain just didn't particularly care for me too much. I wasn't pleasing it.

ROSIN: And at first, Karen couldn't make sense of what this other part wanted, why it was getting so angry. But as time went on, she saw a distinct pattern and came up with a theory of what that part of herself wanted. Now, this is not science, it's just how Karen sees it. She says she thinks her hand wants her to be more moral.

BYRNE: It's trying to make me a better person.

ROSIN: Basically, her alien hand was trying to enforce all these messages that she'd picked up from her culture about what she should be.

BYRNE: Not to smoke and not to curse and be nicer to others.

ROSIN: And when Karen deviated from those cultural norms, it would punish her. Take, for example, what her alien hand does when she tries to smoke.

BYRNE: When I go to light a cigarette, the hand will either put the cigarette out or flick the ashes around.

ROSIN: Karen hadn't quite realized just how deeply these cultural messages had penetrated. And though she's learned to live with it, she's in her 50s now, she's not always happy with it.

BYRNE: Oh, it's such a pain in the rear end, it really is. I understand that you want me to quit but cut the crap (laughter).

GONYEA: Hanna Rosin co-hosts NPR's Invisiblia. The show's latest season dives deeper into how cultural concepts affect our behavior and our biases. Listen and explore all the episodes wherever you get podcasts. Transcript provided by NPR, Copyright NPR. 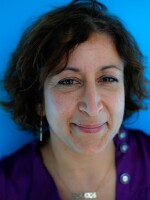 Hanna Rosin
Along with Alix Spiegel, Hanna Rosin co-hosts Invisibilia ,a show from NPR about the unseen forces that control human behavior—our ideas, beliefs, assumptions, and thoughts. Invisibilia interweaves personal stories with the latest human behavior and brain science, in a way that ultimately makes you see your own life differently. The show was nominated for a Peabody Award in 2015. Rosin's stories have won a Gracie Award and a Jackson Hole Science Media Award. Excerpts of the show are featured on the NPR News programs Morning Edition and All Things Considered. The program is available as a podcast.
See stories by Hanna Rosin
Latest News