In A New Movie About 'Black Hawk Down,' Troops Tell The Story Hollywood Missed

The 2001 Hollywood blockbuster movie "Black Hawk Down" portrayed the story of the Battle of Mogadishu. Now, a new documentary hopes to change the narrative.

Listen
Listening...
/
Sarah Harris reports on the release of the new documentary, "Black Hawk Down: The Untold Story."

In 1993, Michael Wetstone was a company commander in the Army's 10th Mountain Division, stationed in Somalia. On the night of the notorious "Black Hawk Down" attack, when U.S. helicopters were shot down by Somali rebels, Wetstone led his soldiers through the streets of Mogadishu on a dangerous rescue mission.

So when he went to see the Hollywood movie about the mission, he thought it might mirror his experience.

"The first night that 'Black Hawk Down' came out in theaters I was sitting with my parents in Phoenix, Arizona," Wetstone recalled. "And when I was done, I was like, are you kidding me, or WTF?" 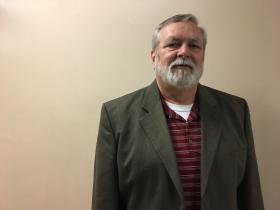 Suffice it to say the Hollywood movie didn't match his memory. It mentions the 10th Mountain Division, but it doesn't depict the rescue mission as it actually happened -- how soldiers started off in open-air trucks, came under heavy fire, and had to turn back. How they negotiated with Malaysian UN troops to use their trucks and their drivers instead.

The scene that really bothered Wetstone was the ending. He remembers soldiers running to a meeting place to get picked up and counting to make sure they didn't leave anyone behind. In the movie, soldiers who couldn't fit in the rescue vehicles have to run and fight their way back to safety.

"The way they portrayed it was just a heroic fight running back through the middle of the streets that just didn't happen," Wetstone said.

"But it was Hollywood, there were all these composite characters," said Randall Larsen, a retired Air Force colonel and former professor at the National War College. 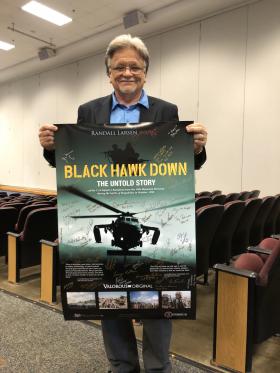 Larsen - a documentary filmmaker himself - said the more he learned about the 10th Mountain Division’s rescue effort, the more he realized that their story had gotten lost.

"When people do things to serve their country, they should get the credit for it," he said.

So Larsen decided to produce his own film about the mission. In his new documentary, "Black Hawk Down: The Untold Story," members of the 10th Mountain Division do get that credit. It’s a narrative play-by-play of how the rescue unfolded, with animated maps, historical footage, and documentary-style interviews.

Larsen hopes to share "Black Hawk Down: The Untold Story" with a much larger audience. He's partnered with a national media company and said he is in negotiations with potential distributors.

Retired Brigadier General Bill David led the 10th Mountain Division’s rescue effort. He said his soldiers have struggled for years to explain what happened to them during the mission.

"I mean it's one of these things like 'what did you do in the war, Daddy?'" David said. "It's hard to explain to your children and your other family members what really happened if it's not supported by some kind of independent means."

He hopes the film can change that.

"I think this documentary has the potential to give the soldiers who were involved in this chapter of American history some closure for the contribution they made that did not gain much public recognition," David said.

Nobody Knows How Many Mexican-Americans Served In Vietnam. A New Play Tells Their Story

"Ring of Red: A Barrio Story" relies on oral histories to tell the rarely heard stories of Mexican-American veterans.