Shall We Dance: Balanchine Sets Tchaikovsky In Motion

Growing up as an avid violinist, Tchaikovsky's Serenade for Strings was one of my favorite and most rewarding pieces to play. The fact that it was a staple in the repertoire of the New York City Ballet, where my dear parents, Ruth and Lamar Alsop were orchestra musicians, made it even more special. As a kid, I watched in awe as the dancers of the NYCB, under the brilliant and ever watchful eye of choreographer George Balanchine ("Mr. B"), brought Tchaikovsky's music to life.

I remember "Mr. B" standing at the edge of the orchestra pit, towering over the musicians – but eye to eye with the amazing (and very large) conductor, Robert Irving – yelling "follow the music, listen, hear the music, let the music lead you!" I was both terrified and awestruck as Tchaikovsky's majestic opening chords rang out in the darkness.

For Balanchine, Tchaikovsky's Serenade was a transformative piece. It was the work he chose to choreograph and teach the very first dancers at the newly formed School for American Ballet in 1934, shortly after he came to the United States. The school continues to operate today as a training ground for, among others, the New York City Ballet. Balanchine co-founded that company in 1946 (as the Ballet Society) and served as artistic director until his death in 1983.

That first performance of Balanchine's Serenade was far from perfect. The choreographer had a different number of dancers for every rehearsal, but he took all obstacles in stride, incorporating them into his story. When a dancer fell, or one came late, he worked those mishaps into the plot.

Serenade, in many ways, tells Balanchine's own story. In his journey, he seized new opportunities and, through determination and vision, brought ballet to America. Tchaikovsky's Serenade is, similarly, a window into the composer's soul, where he shares his deepest emotions.

In the fall of 1880, Tchaikovsky worked on two pieces simultaneously. The first was commissioned for the unveiling of a memorial to Pushkin in Moscow. Tchaikovsky said that he wrote it "with no warm feeling of love, and therefore there will probably be no sincere music it." It turned out to be that perennial crowd-pleaser known as the 1812 Overture.

The other work was "a heartfelt piece" Tchaikovsky said was composed "from inner conviction." His inspiration, at least in part, was Mozart's opera The Magic Flute.

There's a freshness and charm to the Serenade for Strings that reflects how enchanted Tchaikovsky was by Mozart's music. At the first public performance, Tchaikovsky's glorious waltz movement had to be repeated. The thematic integration throughout the work is both stunning and subtle. The descending scale that opens the Serenade later becomes an ascending scale to launch the waltz. Tchaikovsky brings in his Russian heritage too, using folk songs in the finale. And then, in the coda, he closes the loop, to reveal that the exuberant folk tune and the solemn theme that opened the serenade are, in fact, relatives.

For me, Balanchine's Serenade is the coming together of many stories, many circles and a celebration of our deep connection as human beings.

Every time I hear Tchaikovsky's music, or conduct it, I can't help but think of all those years ago, watching the proud Russian choreographer who ended up in America and who created one of the world's best ballet companies. 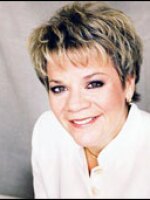 Marin Alsop
In 2007, Marin Alsop became music director of the Baltimore Symphony, making her the first woman to head a major American orchestra. She was named a 2005 MacArthur Fellow, the first conductor ever to receive the award. Between performances, she appears as an occasional guest on Weekend Edition Saturday and as a commentator for NPR.org's Marin Alsop on Music column.
See stories by Marin Alsop
Latest News
Related Content