Shopping On Shore Leave: How Seafarers Head To The Mall

Many of us are making lots of trips to the mall right now, but what if you could only go shopping for just a few hours once a month? That's what life is like for container ship crews who bring the vast majority of consumer goods from Chinese factories to stores in the U.S.

First Officer Dheeraj Singh, who spends most of his time at the helm of a container ship, recently took a van ride from the Port of Oakland and headed to the mall. Singh makes regular runs from China to California to Japan and back again. "From totally white people, you are going to totally black, brown, different variety of people out there, so it's a great experience," he says.

Singh is Indian, from the state of Punjab. For his afternoon of shore leave, he's wearing a bright pink turban and a T-shirt that says USA outlined in stars and stripes. And he has a shopping list — cologne for his father, Gerber baby food for his one-year-old daughter Baani and a laptop for his nephew. While the Port of Oakland may have computers, they're all sealed inside shipping containers.

You can't really walk anywhere from the port, there's limited public transportation and taxis are expensive. So the van ride to the mall — a lift that's thanks to a group called the International Maritime Center — is a kind of lifeline with a deadline. Singh's first stop is Best Buy, and there he heads straight for the laptops. He needs the computer to be loaded with software and ready to go by the time he has to be back aboard his ship in a few hours.

Often, there's something telling on seafarers' shopping lists, says Adrienne Yee, the director of the International Maritime Center. "We know when a seafarer's due to go home when he asks to be taken to Victoria's Secret," Yee says. "They love buying the lotions and perfumes for their wife, or their girlfriend at home."

When they aren't at the mall, the seafarers from various ships hang out at the maritime center. It's a small pre-fab building — like a portable classroom you'd see at a school. There's a pool table, some computers, a little commissary and a chapel.

Yee says that's because the center isn't just about commerce. It's run by a church — the Seamen's Church Institute. "So basically we offer hospitality, pastoral care, counseling, a friendly conversation, someone to speak to," Yee says.

And there's someone to come get you. The phone rings, and it's Singh — stranded at a Burger King. Yep, even when your job is circumnavigating the globe, you can still get stuck at a Burger King. But Singh says that's not a problem.

"Frankly speaking, we are lucky, and we should be thankful to God that with these two eyes we are really looking at whole of the globe," he says.

And the Seamen's Church Institute is looking out for them. 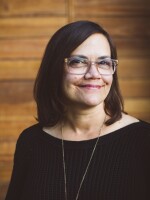 Julie Caine
Julie Caine is senior editor for NPR's Throughline. An award-winning editor, reporter and audio producer, Caine's heart is in her ears. She led podcasting and on-demand audio at KQED in San Francisco, overseeing strategy, new show development and a vibrant podcast portfolio, including The Bay , Truth Be Told and Rightnowish. She helped found Jetty Studios, an international podcast unit for the Al Jazeera Media Network, where she launched Closer Than They Appear and Game of Our Lives ,and developed The Take. She's a founding producer and editor on The Stoop and The Specialist podcasts, and was managing producer for Crosscurrents at KALW Public Radio, a springboard for shows like 99% Invisible, Snap Judgment, The Intersection,and Kamau Right Now. She believes deeply in Grace Paley's maxim that you must be a story listener to be a storyteller.
Latest News