U.S. Pacifies An Afghan Village, But Will It Stay That Way?

By Graham Smith
U.S. Pacifies An Afghan Village, But Will It Stay That Way?

When my NPR colleague Tom Bowman and I visited the southern Afghan district of Arghandab in the fall of 2009, we headed out on patrol with the U.S. Stryker battalion. We soon found ourselves in the middle of a firefight. A U.S. vehicle was blown up and two Americans were killed in an attack that was all too common at the time.

Tom and I recently went back to Arghandab as part of a monthlong trip to Afghanistan. Arghandab, which is near Kandahar, belongs to an area often called the cradle of the Taliban. Arghandab is now doing "better," according to American commanders.

But it would be a stretch to call it stable. And yet, the Americans are set to leave the area altogether this year as they increasingly turn security over to the Afghans.

At a small base named for Albert Ware, an American sergeant killed in 2009, we prepared for a patrol. It was a mercifully cool morning by the standards of southern Afghanistan, probably in the low 80s. Encrusted with a digital recorder and microphones, a camera and Kevlar helmet, ceramic body armor, a couple of liters of water, some snacks and a notebook, I stepped out.

American soldiers were in the lead in what was to be their last patrol from this combat outpost. Afghans followed, looking more professional than in years past and knowing the Americans wouldn't be here to help much longer.

Our armed walk took us through the very same area where I'd seen the Stryker burning four years earlier. The U.S. troops carefully set up positions at each intersection and assessed the situation through rifle scopes as motorcyclists and donkey carts approached and passed.

This was not an ambitious patrol. The Americans are no longer on "move to contact" missions where they look for a fight. On this day, bird song and the swish of a scythe in the wheat are our soundtrack, rather than the rattle of Kalashnikovs.

Every step was scanned with metal detectors and bomb-sniffing dogs. A "safe" path is outlined with foot powder. Don't step outside the lines; this area may be pacified, but it is not at peace.

Just a week before we arrived, the local Afghan police commander was blown up by an insurgent bomb. When we arrived at the village center, we met the police who are looking for his killers.

These police are strikingly young. One claims to be 18 but looks more like 14. These police and the Afghan National Army soldiers will be responsible for holding this volatile district within weeks. They were nervous about the prospects, saying the Taliban will return and the fighting will get worse.

A villager tells the soldiers that he's seen a suspicious bag near his orchard. Scouts investigate and return after an hour. It seems to be a bomb, and it's up to the Americans to confirm it.

After a confused push through orchards, over walls and canals, we crossed an onion field to a tree line where Afghan security forces huddle around an old plastic bag — the kind you'd get from any grocery in the world. Inside sits potential death. But what to do with this sack of explosives?

The bomb isn't armed with a battery. It has been placed there for easy access, so it can be planted later.

The Afghan police wanted to stake the area out and ambush the insurgents when they came to claim it. But the U.S. and Afghan troops didn't feel the police were up to the job and wanted to destroy the bomb where it lay, which the Afghans did several hours later.

This little episode illustrated that Arghandab remains at war. The threats are real and ever present. And the Americans are leaving.

With a lot of questions still in the air, and the Afghan soldiers still in the field, we headed back to the base with the two dozen U.S. troops we'd accompanied. By now the sun was high and the temperature had soared to more than 110. The patrol wasn't over until the way back was swept again for bombs, and every American was home. 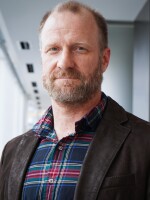 Graham Smith
Graham Smith is a producer, reporter and photographer whose curiosity has taken listeners around the U.S. and into conflict zones from the Mid-East to Asia and Africa.
See stories by Graham Smith
Latest News