In Oregon, the debate over the state's assisted suicide law is less about medical ethics and more about state's rights so the Bush administration's challenge to the law was not popular among Oregonians. Colin Fogarty of Oregon Public Broadcasting reports.

Oregonians tend to be possessive of their pioneering state laws, especially one that was twice approved at the ballot. So, when the Supreme Court upheld the Oregon Death with Dignity Act, it wasn't hard to find reactions like those of Tonya Miller(ph) and Kai East(ph), two Portlanders outside a grocery store.

Ms. TONYA MILLER (Portland resident): I would agree with having the state decide. I think it's a very emotional issue. I think that we're all going to die one day and I think it should be a personal choice.

Mr. KAI EAST (Oregon resident): I think it's a, you know, it's obviously very political trying to go after a very unique law like this when Oregonians voted for it, so it's like, you know, leave us alone.

FOGARTY: That's not far off from the legal argument presented to the U.S. Supreme Court by attorneys for the state of Oregon and advocates of the Death with Dignity Act. A locally based right-to-die group, Compassion and Choices, held a press conference in which cancer patient Charlene Andrews was downright giddy about the decision that the state could keep its law.

Ms. CHARLENE ANDREWS (Compassion and Choices member): Yeah, there was a big yahoo. I haven't got my champagne yet, though.

FOGARTY: Other right-to-die advocates were more solemn. Dr. Nicholas Gideon(ph), who says he helped a patient end her life this past weekend, says he hopes the ruling ends the legal uncertainty hanging over the law.

Dr. NICHOLAS GIDEON (Oregon physician): I do hope that at this point we can consider this debate somewhat settled about the state's ability to regulate and safely provide safeguards for medical care that doctors and patients decide to make.

FOGARTY: Still, opinion within Oregon on the assisted suicide law is not unanimous. Many doctors refuse to participate on moral grounds. The Catholic Archbishop, John Vlazny, issued a statement calling the decision "a tragic error of immense proportion and significance." Dr. Ken Stevens with the anti-assisted suicide group Physicians for Compassionate Care, says his aim now is to lobby hard in states such as California and Vermont which have proposals to follow Oregon's lead.

Dr. KENNETH R. STEVENS, JR. (Member, Physicians for Compassionate Care Education Foundation): Assisted suicide turns medicine and health care upside down. The doctor's proper role should be taking care of the patient and not specifically in causing their death (unintelligible) Oregon continues to be the only state. I suspect that the next thing would be in the U.S. Congress.

FOGARTY: Stevens is hoping Congress will step in to give the Attorney General specific authority to block the use of federally controlled drugs for assisted suicide, but anyone in Congress wanting to do that has to find a way around a promised filibuster by Oregon Senator Ron Wyden. The Democrat says he's hoping his colleagues won't wade into end-of-life decisions after the public backlash following last year's congressional debate over Terri Schiavo.

Senator RON WYDEN (Democrat, Oregon): It opened a lot of eyes that this was not something that should be left for government and I hope that that will ripple over to the benefit of keeping the Oregon law if there is a challenge.

FOGARTY: But Wyden anticipates he will have to make good on that filibuster threat. Advocates of the Oregon law say after multiple court fights, two public votes and various debates in Congress, there's no reason to believe the debate over Oregon's one-of-a-kind assisted suicide law is over. For NPR News, I'm Colin Fogarty in Portland. 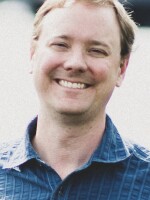 Colin Fogarty
Colin Fogarty fell in love with public radio as a 19–year–old student at Miami University in Oxford, Ohio. He launched his life in radio as a board operator at WMUB, where he spun records for "Mama Jazz." He was always a news junky, but he got hooked on reporting when he covered a 1992 campaign rally. Colin ran across the quad, stuck a microphone in then-Senator Al Gore's face and asked a question. When Gore actually answered, Colin knew he had found his calling.
See stories by Colin Fogarty
Latest News